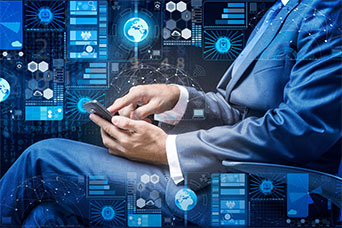 Mining calculators are the best way to check your profitability from mining cryptocurrency. They are usually very simple to use and give out accurate information, at least for the moment of the actual calculation. They take many variables into consideration, including the hash rate of your miners, the difficulty of the coin and the power supply and cost. Then, after an equation is performed, you get the output that shows you your estimated earnings for certain time periods, as well as the power cost and the amount of mined coins for the same time periods.

It’s very important to calculate your earnings and carefully plan your mining before you start, as the investments you will be making are pretty big and need a thorough consideration. Furthermore, all the variables involved in the process are constantly changing, as for example, the price of every single coin is volatile. The constant changes of the coins’ price, the network difficulty and the block reward, as well as the possible fluctuation of the electricity cost and of other important factors, all have an influence on your profits. Let’s take a closer look at the elements that will play a key role in the calculation of your mining income, so you can get a better idea of how mining calculators work.

Simply put, hash rate is the speed at which your miners operate. Mining is basically creating blocks by solving a complicated computation. The higher the hash rate of your miners is, the more likely you will be to solve blocks, as it means that your miner will be able to make more attempts at solving per second. Hash rate is measured in hashes per second, or h/s. Calculators usually give you the option to choose which measurement to use, and you can input it in kilohash (KH/s), megahash (MH/s), terahash (TH/s), etc. Different miners have different hash rate levels, so for example, ASICs will have a higher level, as they are more powerful than GPUs.

The price of the coin you mine has a very big influence on the profitability. The prices of cryptocurrencies are always volatile and are often subject to drastic changes in a matter of seconds. Higher coin prices would bring you more income and will essentially make mining more profitable for you. The price input is usually in USD, or some calculators will automatically assume the number instead of you having to look it up. The price will also be the main indicator of whether it is at all profitable to mine a certain coin. Therefore, if it keeps dropping, you will know to leave said coin for now and move on to mining another.

The network difficulty is essentially a measure of how difficult it is to find a new hash below a target, or in simple words, the difficulty of finding a new block. It can fluctuate and it is systematically adjusted. This is done to ensure that the blocks are produced at an average speed, especially now that ASIC miners, which are specifically designed to quickly run through many hashes, were introduced. For example, the difficulty of Bitcoin, as of writing this, is 7,454,968,648,263 and it is adjusted around every 10 days.

Block rewards are given to miners upon a successful solving of a block. They serve as an incentive and are added as the first transaction on the block. The reward is halved every few years to ensure that the price of the coin remains stable, and following the previous example, the reward of Bitcoin is currently 12.5 BTC and is halving every 4 years. If you are mining as a part of a pool, then you will have to share the reward with the rest of the active miners, as well as in some cases give out a percentage of the reward for the pool fee.

When mining, in most of the cases it’s better to join a large pool, so you have better chances of winning a reward. Solo mining can be very profitable, but solving a block alone, when you are facing the mining power of many pools, can take very long time, sometimes even years. However, some of the pools might have a fee that you should take into consideration. The pool fees are measured in percentages of the reward. They are a small part of the reward portion you are receiving and not all pools require them. The fees are fairly small and sometimes are used for the further development of the pool and the community behind it. Even though they are only a small portion of your reward, adding them to the calculation can help you keep more detailed and accurate track of your earnings.

Solving the complicated puzzle in order to create a new block is causing the miners to use extremely high levels of electricity. This is true especially in cases such as mining farms, which require a power source that should last 24 hours a day, 7 days a week. The power consumption is almost always measured in Watts and is one of the main components that play a very big role in the calculation of your earnings. It is unsurprisingly tied to the other pretty key component, namely the cost of the electrical power.

The power cost might be one of your biggest mining expenditures. There are some places where mining is relatively cheap due to the use of renewable resources, like in Iceland and China. These are places where the energy is mainly harvested from either wind or hydro- power. Usually the calculators will ask you to input this in dollars and the measurement of the electrical power is in kW/h.

Some calculators might have additional variables, such as the cost of the hardware or all additional costs like ventilation, etc. Furthermore, some of the calculators out there are very user-friendly and already have the key components input on there. This means that you will only need to provide information about the variables that are specific for your case.

As already mentioned, the variables involved in the mining operation are constantly fluctuating. This is why I emphasize on the importance of doing and re-doing the calculations constantly even during the mining process, as you never know when it might turn unprofitable for you. So make sure you always check this and always keep yourself updated with the latest information regarding the currencies you’re operating with.

Now that you know the main components that go into the calculation, let’s see what will actually have the highest impact on your profitability. Make sure you consider all these factors carefully before you start with the mining.

The mining gear you use plays a huge role on your profitability. First of all, it is one of the biggest investments you will be making at the very beginning. What gear you use, depends in the coins you will be mining. All of the coins can be mined using graphic cards, which you can setup yourself. For this you can use a standard PC case or even palettes, which can help you with the cooling of the whole system. GPU or CPU cards are some of the cheapest alternatives, however, there are some coins that have integrated the use of ASICs into their networks. This automatically makes profitably mining said coins with GPUs nearly impossible. ASICs are specifically created for the sole purpose of mining cryptocurrency, which makes them very reliable, and extremely powerful when compared to graphic cards. On the other hand, ASICs can be a really expensive investment to make, especially when you will have to use multiple of them in order to set up a rig. This is why it’s crucial to use a calculator to check how much time it will take you to break even on the investment. Since a proper rig might cost you thousands, it might take a while to recover your expenses, probably months or even a year. However, once you manage to get there, everything after this point can be considered a profit.

As already mentioned, the block reward for every coin is halved every few years. This is done to prevent the price of currencies dropping. Most of them have a limited supply of coins. The price on itself is supposed to rise exponentially, as coins usually have a limited supply. So, with many people coming to possession of coins, there is an increased demand for them. On the other hand, if many people are selling theirs, the price will then start falling. As you can see there are constant changes in the crypto world, so it’s best if you’re constantly checking how your profitability might change, using a mining calculator.

There is a way to estimate your income using a calculator even when cloud mining. Cloud mining, or signing a contract is a way of mining that allows you to do it without having to buy the gear, or use any electricity yourself. You basically rent out mining power and you let a middleman handle all the mining. You will only need your computer and a wallet. These contracts can have different durations and can make mining so much easier, in case you are a newbie. You can still use profit calculators to see how much you can earn. This is even easier than the solo/pool calculations. You just leave out the grids that do not apply to you (electricity cost, electricity usage, pool fee etc.) and the output will still show you your mining profits. Then, what you need to consider is subtracting the amount you are paying for the contract, as this will be your main expenditure. The rest of the sum is your profit.

Mining calculators are very useful tools that can help you in your mining journey. By now you should know how calculators work, why you need one, what the key features you need to take into consideration are and what might have a big impact on your profitability. Make sure you find a calculator that has very up-to-date information and can generate accurate results and use it constantly before, and during the mining operations.

How do I calculate my mining profitability?

First, you need to find a reliable and accurate calculator. Then you input the data about your gear and expenditures in the designated grids and the calculator will then do the rest for you.

What parameters do calculators use?

Some more advance feature calculators will also ask you to input the block reward, the pool fee and perhaps the cost of the hardware.

What will the output show me?

In most calculators you will see the amount of coins you will mine and your profit in USD, both for certain time periods – could be hours, days, weeks, months and years.

Where do I find information about the coin difficulty?

Some calculators might already have this information sorted out for you. However, if that is not the case, you can find information about the difficulty easily on the internet with a simple search.

They indicate the hash rate and show you hash per second, so Kilohash, Megahash, Gigahash and Terahash per second. They essentially show you how many hashes per second your miner can go through.

Is there any difference when calculating pool mining and cloud mining profits?

When you are cloud mining, you are not using a physical gear and electricity, you won’t need to input all this information in the calculator. When you are calculating pool profit, however, you will need to consider all of this.